By Five.five-six, Members
May 6 in Politically Incorrect

Did you get the vaccine?

Top Posters In This Topic 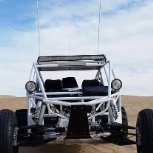 Totally agree, interesting thing happened this weekend, we were out with a bunch of friends, and basically my wife and I were the only ones vaccinated out of about 10 of us.  My wife and I were basica

My parents are fear mongering, liberals.  Been that way for a long time.  The whole family is but me.  Yeah, I constantly get called stupid and crap. Still being the good son that I am, called my

Why get the vaccine after you've already had the virus? Seems like putting on a seatbelt after you crash your car.

Glamis Girl is a © and Trademark of GlamisDunes.com