Realbadlarry last won the day on May 6 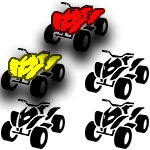