Lord of the Dunes last won the day on May 8

Lord of the Dunes had the most liked content!

About Lord of the Dunes

Lord of the Dunes's Achievements 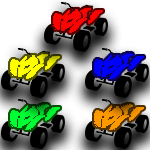