Biden's BLM pick is an Eco-Terrorist 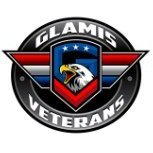